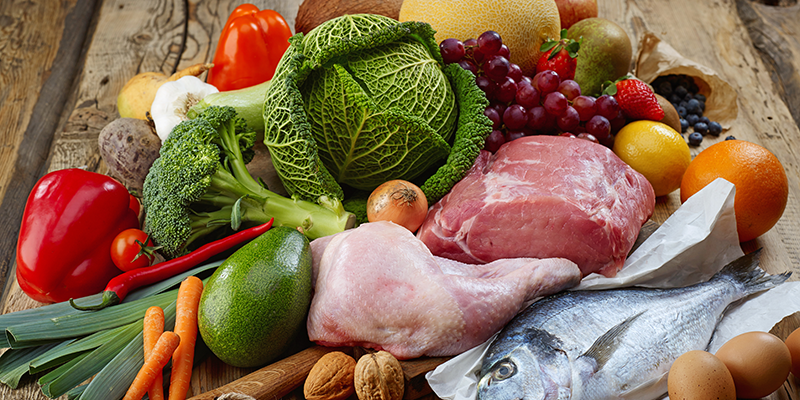 Members from CrossFit Four Peaks, located at 16939 Colony Way in Fountain Hills welcomed the new year with a 30 day paleo challenge. During the 30 days, participants committed to following a paleo meal plan consisting of meat, nuts and seeds, little starch, and no sugar. Commonly referred to as the “Caveman Diet”, the paleo meal plan is designed to help individuals eliminate processed foods and excess sugar from their diet.

“It’s easy for someone to get off track when changing their meal plan and not eat enough protein or the wrong kind of fat.” –Andrew Gonzales, Head Coach and Owner

Participants earned points each day by choosing paleo-friendly meals, making it to the gym each day, and posting their meals to the CrossFit Four Peaks Facebook page. Posting to the Facebook page allowed members to hold each other accountable, as well as allowing the coaching staff to monitor food intake and offer suggestions as necessary. Head Coach and Owner Andrew Gonzales states “it’s easy for someone to get off track when changing their meal plan and not eat enough protein or the wrong kind of fat. Monitoring their food intake during the challenge allows us to see these mistakes early and correct them.”

CrossFit Four Peaks has hosted multiple paleo challenges since opening their doors in Fountain Hills in 2014. Participants often struggle during the first week of the challenge as his/her body adjusts to the new meal plan. During this initial phase, the body must learn to use calories from healthy fats and protein as the primary source of energy. Most individuals are heavily addicted to simple sugars and high-glycemic carbohydrates such as rice, bread, candy, potatoes, sodas and most processed foods. A diet high in carbohydrates makes it difficult for the body to control insulin levels. Chronic elevation of insulin has been linked to obesity, elevated cholesterol levels, blood pressure and mood disfunction.

The daily postings were a huge help to keep me accountable – without that aspect of the challenge it would have been much more difficult to stay true! — Heather Harmis, challenge participant

By the end of the 30 day challenge, most participants who stayed the course were reporting increased levels of energy, reduced weight, increased muscle mass, better sleep and consistently higher levels of energy throughout the day. As a group, the 14 contestants who completed the challenge: 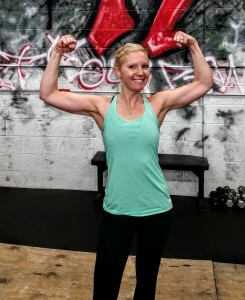 Jillian Sarle won the points competition, earning points by posting her meals, attending workouts, and sticking to her meal plan. “I started the challenge with little expectation and assuming I’d fail along the way. I was pleasantly surprised at how easy it actually was to stick to it” states Sarle. 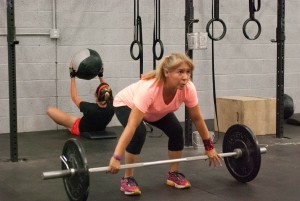 Melinda Thomas won the biometrics competition by losing 5.75 inches, 6 pounds and a 3.8% decrease in body fat percentage. Her A1C went from 6.3 to 5.1, meaning she was pre-diabetic at the beginning of the 30 day challenge and now has normal A1C levels.

For more information about CrossFit Four Peaks or paleo nutrition, stop by their gym at 16939 Colony Way, visit their website at www.crossfitfourpeaks.com, or call 480-580-2528.